A FAVOURITE DAY OUT...

We love Emsworth, on the south coast in Hampshire. It's about a half an hour's drive south of us. A bit of a hidden gem, and we visit fairly regularly. It's a pretty town - gateway to Chichester Harbour (official description), discovered by us when daughter lived on nearby Thorney Island.

When we decide it's time for a trip, we look at the diary and stick a pin in on a pleasant day when we have nothing planned.

Husband looks up the tidal times if we fancy the three-mile walk along the beach to the pubs in Langstone Harbour when the tide's out.

On the day we take the Mini Cooper
to Petersfield, Hampshire, mostly
via the country route with fabulous views. 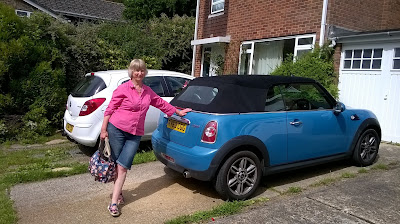 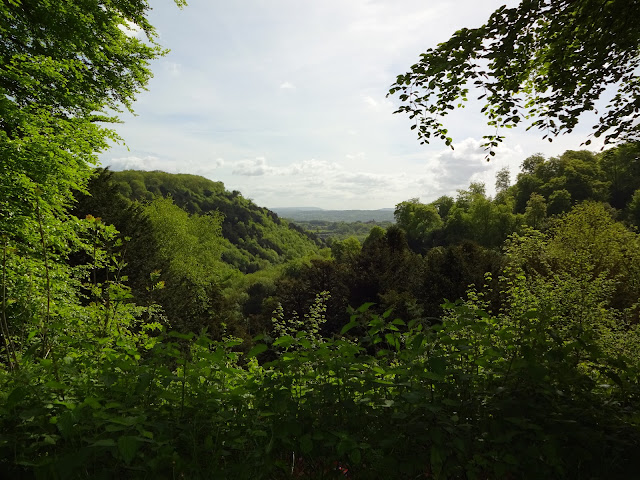 Hampshire's right down the bottom. See Isle of Wight? Just north of that!


On route to Emsworth, we stop off for coffee in Horndean, an old brewery town. It's either The Ship & Bell in the winter - discovered when we broke down in one of our old classic cars! - or, in the summer, Keydell Nurseries, which we only discovered this year. It's big, sprawling and they serve excellent coffee. Another twenty minutes and we're in Emsworth. 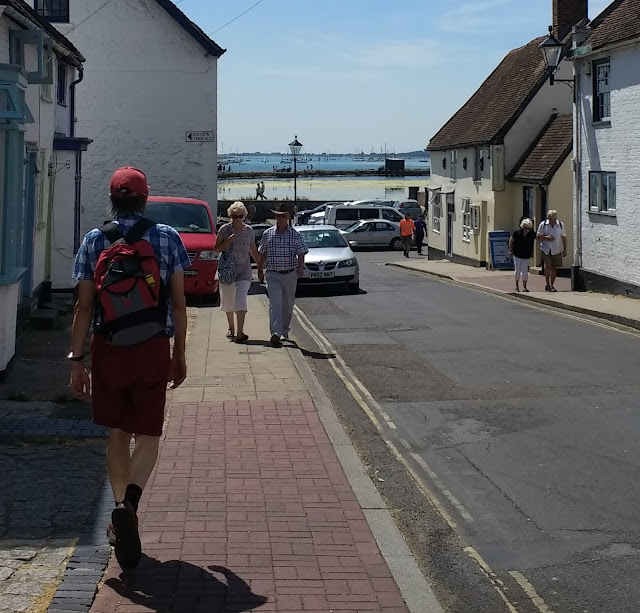 It's that man again! 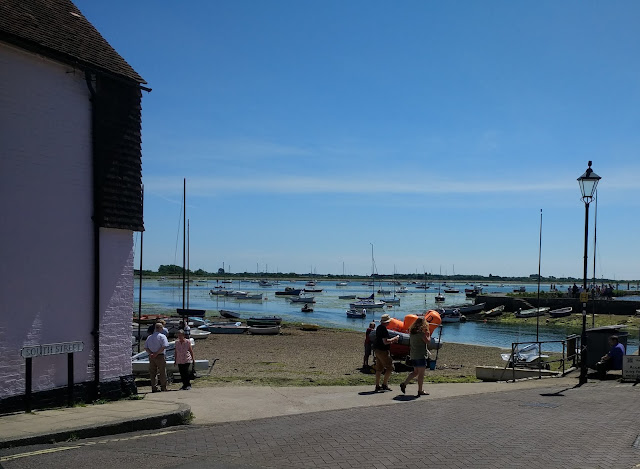 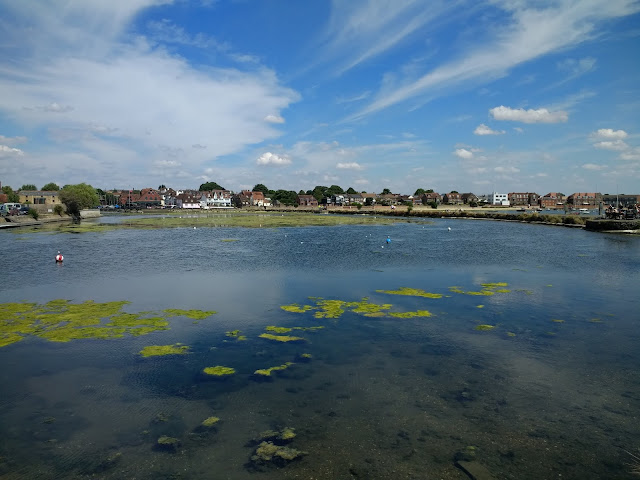 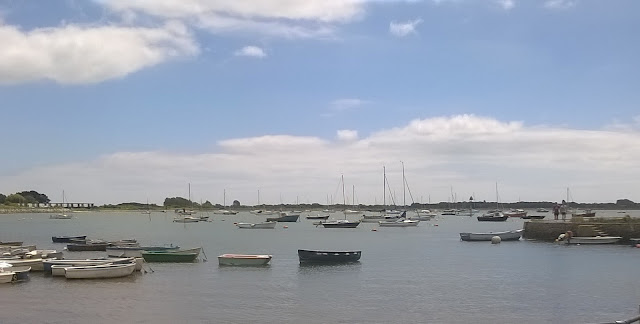 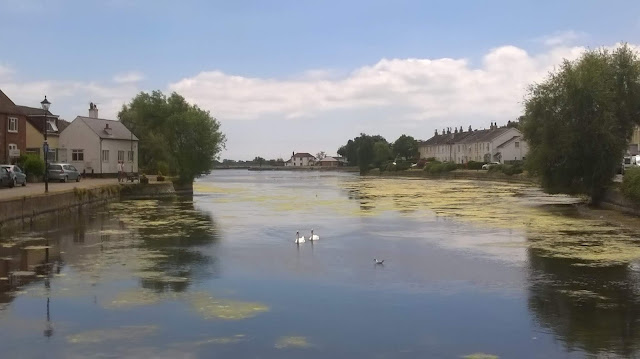 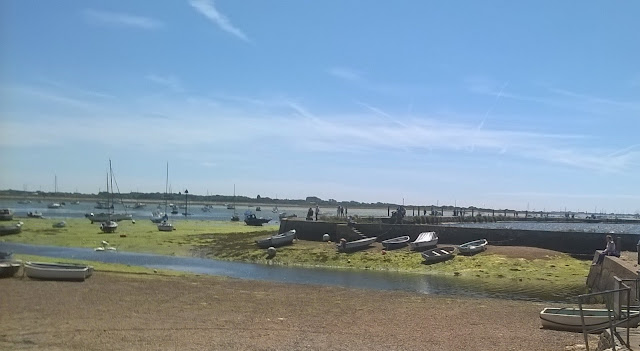 When we arrive in Emsworth, we go for a route march around the seawall, and, if the tide's out, do a spot of Mudlarking/ beach-combing. Then, lunch. During the summer it's in Flintstones Tea Room, which is an old fisherman's net drying loft on the sea front. During the cooler months, we pop into The Ship Inn.