Two posts from the umpteen blogs I'm subscribed to has prompted this article. They were art blogs (one of them Artsy Shark - my apologies, I can't find the original item) featuring two mature artists. One was a lady, just retired. The other, a gent aged seventy, had suffered a heart attack. The lady had been told by her art teacher at school that on no account should she pursue a career in art. There was no security in it. The gent, as a boy, had been advised - no, told - by his father, that he must take on a job with security. Art would not suffice.

Both of them are now at a point in life when they have the freedom to pursue the creativity that they always wanted to pursue and that has been supressed all these years. She's retired and has the time to pursue her artistic endeavours. He, having experienced a heart attack, has decided that now's the time to pursue his creative dreams.

I feel anger when I read stories like this - a parent or teacher enforcing negative opinions on creative careers on school-age individuals, when possibly the individual hasn't formed opinions as yet. I was lucky, I guess. Nobody told me I shouldn't/couldn't pursue art as a job. I was too stubborn for anyone to tell me what I could or couldn't do.

Yes, it is difficult to pursue art as a full-time job, we all know that. But to dismiss it out of hand infuriates me. Many people consider art and creativity to be unimportant and irrelevant within one's education. Far from it! How dull, boring and bland life would be without art and creativity within it. Art is healing, sometimes soothing, invigorating, refreshing. It makes you think. It can make you rethink.

A family member, an engineer, once informed husband that engineering is essential, and that creativity was irrelevant. Good job I wasn't there. I would have given him an earful or bitten his head off!

It is possible to develop a career within creativity, an artistic vocation. I'm an artist. Have always been an artist. I was determined to pursue paid work that involved creativity of some kind. It's difficult, obviously, to make a living as a full-time fine artist. Someone who earns money producing fine art paintings. The same applies to illustrators. Artists who create images for books, greeting cards, or advertising (although the last is a more possible option as a graphic design career). I worked in advertising studios who employed full-time illustrators, although today an illustrator would work on-screen, and possibly freelance from home.

But you have to be prepared for a hard, gutty slog to make it in that sector. Bloody hard. The right contacts, hard work, quality work, talent and a whole lot of luck.

But the creative genre that can bring success - whatever success means to the individual - is graphic design. We called it commercial art during the seventies, but it's the same thing. It's all done on-screen now, but it's essentially much the same as it used to be, but less messy. I created and pasted up layouts, which involved placing and pasting (with cow gum glue, now extinct!) the elements of a design (the logo, the block of text, the images) in a pleasing design on art card (it was often a certain layout from regular clients, which meant less creativity, but, hey, ho....). But I did have the opportunity to do pen and ink drawings, or re-touch other artist's illustrations.

I'm grateful I had jobs in that area, but, looking back, I know that I could have worked in other creative areas. I could have done visual merchandising (window dressing, to you and me), or worked in the entertainment industries. Or art therapy. The options are there, you just have to do your research.

So, next time someone - parents or teachers - advise you that a career in the creative industries is inadvisable, think again. Whatever happens, don't give up on your creativity. Please don't. Even if you have to delay thoughts on working creatively, keep it going as an interest, a hobby. You never know when you may get an opportunity to use it and get paid!

Another reason not to put your creativity to one side is that people who are naturally creative but have been 'advised' to put it to one side, or forget it altogether, often become unhappy individuals. They become frustrated, and sad. Perhaps not necessarily so, and these people accept their lot without a grumble, but underneath, something is missing from their lives. Don't let you become that person!

Do you have thoughts on this subject? I'd love to hear them. 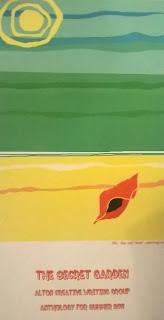 
I'm Hosting a Creative Group in My Own Home 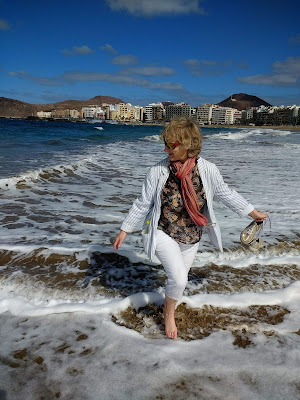